About 18,100 undergraduate and graduate students study in the university a wide variety of topics, specializing in social sciences, humanities, law and education.[citation needed] The University is broadly divided into six Faculties: Humanities, Social Sciences, Law, Science and Science Education, Social Welfare and Health Studies, and Education. There is also the Graduate School of Management, The Leon H. Charney School of Marine Sciences and the Continuing Education and Extension Studies.

Beyond the objective of a first-rate higher education, the University of Haifa aims to provide equal educational opportunities to all, and in particular to encourage mutual understanding and cooperation between the Jewish and Arab populations on and off campus.[citation needed] The university is a home for students from all sectors of Israeli society - Jews, Muslims, Christians, Druze, religious and secular students and also many students from all over the world who study in the international school.

File:Abahuh.png
The inauguration of the University of Haifa, October 21, 1965. 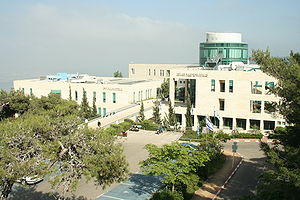 In 1967, the University of Haifa awarded diplomas to its first 75 graduates, three-quarters of whom intended to be teachers.

The University's first building, the "Multi-Purpose Building", was constructed in 1966. It contained classrooms, halls, laboratories, a library with 110,000 books, and a cafeteria. Brazilian architect Oscar Niemeyer planned the campus to include all the University's facilities in one complex. More recently, additional buildings have been built nearby. Niemeyer did not complete the detailed design phase; instead Shlomo Gilad received the commission for the overall planning of the campus. Gilad retreated from Niemeyer's design, but retained the character of the main building, the Eshkol Building, named for the ex-prime minister Levi Eshkol. The Eshkol Building was the highest building in the city of Haifa until 2002.

The Leon H. Charney School of Marine Sciences is a division of the University of Haifa that primarily focuses on the study of the Mediterranean Sea.[citation needed] It is home to the Caesarea Center, its own diving facility that also supports the Israeli Antiques Authority in Caesaria. 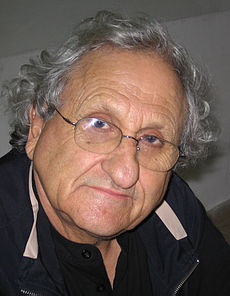