The Air and Air Defence Forces are the aerial arm of the Armed Forces of the Republic of Uzbekistan. It was formed following the collapse of the Soviet Union, in 1991, though the military was not created by the Uzbek government until 1992. The Air Force consists of 10,000 to 15,000 personnel, with most of them being Russians as of 1995.[1]

In March 1994, the Russian Federation signed a treaty with Uzbekistan in training of pilots. The Uzbek Air Force is assisted by the Russian Air Force, though an air academy has been made to train Uzbeks at Ozizak. As of that year, some thirteen airbases were active in Uzbekistan. The Air Force was to follow the Soviet doctrine, supported by the Uzbekistan Ground Forces.

During the Tajik civil war in 1992, the Tajikistan government was supported by Uzbekistan. Helicopters of the Air Force fought the Muslim rebels at a United Tajik Opposition base. Later, the Uzbek Air Force was said to have destroyed the last holdouts of rebels in eastern Tajikistan. A member of the Uzbek defense ministry was made the Tajik Minister of Defence.

Due to an agreement in the Commonwealth of Independent States, Russia helped maintain the aircraft of the Uzbek Air Force and sold them more aircraft at a cheaper price than to other interests, such as the United States. In Operation Enduring Freedom, the US government and NATO had an aviation company repair much of the Air Force's aircraft, as it was deemed inoperable by them. Russia tried to undermine US efforts to reach out to Uzbekistan, especially at a 2002 conference in Tashkent, where members of various aviation companies were present.

The talks failed, and the Uzbek government had cut off the US aid in the form of helicopter repairs. [2] 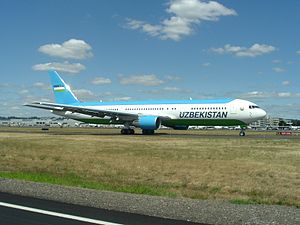 The Uzbek air forces consist of units formerly part of the 49th Air Army of the Turkestan Military District headquartered at Tashkent. There are two remaining combat units, brigades at Karshi-Khanabad and Dzhizak. 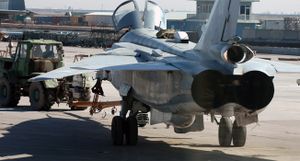