From Infogalactic: the planetary knowledge core
Jump to: navigation, search
For other people of the same name, see Komarov (disambiguation). 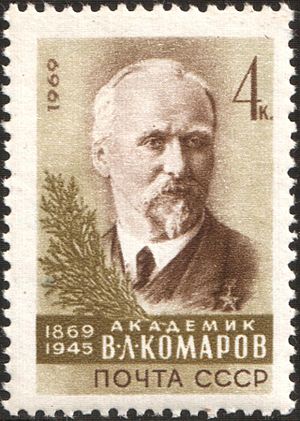 The standard author abbreviation Kom. is used to indicate this individual as the author when citing a botanical name.[1]