Vladimir Oblast (Russian: Влади́мирская о́бласть, Vladimirskaya oblast) is a federal subject of Russia (an oblast). Its administrative center is the city of Vladimir, which is located 190 kilometers (120 mi) east of Moscow. As of the 2010 Census, the oblast's population was 1,443,693.[8]

The oblast's fauna currently includes more than fifty species of mammals (some examples including elk, wild boar, roe deer, red and sika deer, lynx, wolf, squirrel, rabbit, marten, fox, weasel, badger and other fur-bearing animals), five species of reptiles, and ten species of amphibians. The semiaquatic Russian desman is listed in the Russian Red Book of endangered species. The region is inhabited by 216 species of birds, among which are the capercaillie, black grouse, grouse, partridge, woodcock, goose, duck, etc. The lesser white-fronted goose is listed in the Red Book.

Hunting season runs from October to February with the following license and permit restrictions:

Bodies of water in the region are rich in numerous species (about 40) of fresh-water fish (e.g. eel, roach, pike, perch, bream, rudd, and sturgeon in the Klyazma River), which support ice fishing in winter. Additionally, the oblast has several hunting farms.

The total expanse of the oblast's surface waters is 32.9 hectares.

The region has hundreds of rivers with a total length of more than 8.6 million kilometers—there are 560 rivers and streams throughout the oblast. The Klyazma River flows into the Oka River on the south-eastern edge of the oblast's border with the Nizhny Novgorod Region. The Klyazma River's major tributaries in the Vladimir Region are the Sherna (with the Molokcha flowing into it), the Kirzhach (with its own tributaries being the Big and Small Kirzhach), the Peksha, the Koloksha, the Nerl, the Sudogda, the Uvod, the Lukh and the Suvorosch. Tributaries of the Oka within Vladimir oblast are the Gus, Unzha, and Ushna rivers. The Dubna River, a tributary of the Volga River, originates near the town of Alexandrov. The Oka River is navigable throughout the region (157 km). The rivers in the region are characterized by their flat currents, broad valleys and meandering channels. Water levels are characterized by their high spring tides, low water periods over summer-autumn with occasional flooding during heavy rains, and stable/low levels throughout the winter.

There are about three hundred lakes covering an area of five thousand hectares. Most of them are small and undrained and many are overgrown with a peat layer. The origin of the lakes varies. Numerous oxbow lakes are scattered along the river valleys. The largest of them are Lake Urvanovskoe (12 km long) and Lake Visha (length about 10 km). In the Meshchera Lowlands and in the northwest of the oblast are lakes of ancient alluvial valleys: Isikhry, Svyatoe and others. Lakes of karst origin, located in the lower reaches of the Klyazma and in the center of Vyaznikovsky District (a northeastern district in the oblast), have highly mineralized water and are associated with underground watercourses. The largest and deepest of them is Lake Kshchara. In the districts of Alexandrov and Yuryev-Polsky glacial lakes are small in size.

The main masses of wetlands in the region (total area of 37.4 thousand hectares ) occur in Meshchera and Balakhna (in the northeast of the oblast) lowlands.

The territory of modern Vladimir Oblast has been populated since ancient times. The oldest known traces of human settlement date to the Upper Paleolithic. A settlement of Homo Sapiens dating back to 25,000 BCE was discovered in the area of Sungir. Archaeological excavations of Volga Finn settlements document the Finno-Ugric roots of this land. Merya, Muromian, and Meshchera inhabited territory of the region during this period.

Since the 10th century CE, Slavic colonization of the area began in Murom and Suzdal. The current territory of Vladimir Oblast became part of the Old Russian state. In the 11th century, the region became part of the Rostov-Suzdal principality and in the 12th century the Vladimir-Suzdal principality. In the early 12th century, Vladimir emerged as did Yaropolch-Zalessky. The Vladimir region rapidly developed in the mid-12th century during the rule of Yuri Dolgorukiy and Andrey Bogolyubsky. New townships arose--Yuriev-Polsky, Gorokhovets, Starodub-on-the-Klyazma, Mstislavl—along with the princely residences Kideksha and Bogolyubovo. The visibility of historical monuments preserves cities reminiscent of medieval Russian history and detailed documents about the history of the last hundred years records the peak of the cultural development of these places (Vladimirskaya guberniya, Vladimir Highway). 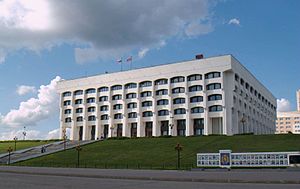 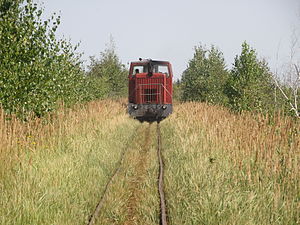 During the Soviet period, the high authority in the oblast was shared between three persons: The first secretary of the Vladimir CPSU Committee (who in reality had the biggest authority), the chairman of the oblast Soviet (legislative power), and the Chairman of the oblast Executive Committee (executive power). Since 1991, CPSU lost all the power, and the head of the Oblast administration, and eventually the governor was appointed/elected alongside elected regional parliament.

The Charter of Vladimir Oblast is the fundamental law of the region. The Legislative Assembly of Vladimir Oblast is the province's standing legislative (representative) body. The Legislative Assembly exercises its authority by passing laws, resolutions, and other legal acts and by supervising the implementation and observance of the laws and other legal acts passed by it. The highest executive body is the Oblast Government, which includes territorial executive bodies such as district administrations, committees, and commissions that facilitate development and run the day to day matters of the province. The Oblast administration supports the activities of the Governor who is the highest official and acts as guarantor of the observance of the oblast Charter in accordance with the Constitution of Russia.

According to a 2012 official survey[18] 42.3% of the population of Vladimir Oblast adheres to the Russian Orthodox Church, 5% are unaffiliated generic Christians, 1% are Orthodox Christian believers who don't belong to church or belong to other (non-Russian) Orthodox churches, and 1% of the population are adherents of the Slavic native faith (Rodnovery). In addition, 32% of the population declares to be "spiritual but not religious", 14% is atheist, and 4.7% follows other religions or did not give an answer to the question.[18]