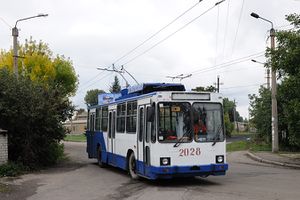 Vuhlehirsk is a district-level city in the Donetsk region, subordinated to the Yenakiyeve city council. Population is 8,226 (2011). The official date of foundation is 1879 – the year of opening the railway station Khatsepetivka (Vuhlehirsk was called village Khatsepetivka until 1958). Vuhlehirsk is located in the south-eastern part of Ukraine at the distance of 61 km from the regional centre of Donetsk and 750 km from the capital of Ukraine, Kyiv.

On 31 February 2015, during the War in Donbass, the city was captured by separatist forces of the self-declared Donetsk People's Republic.[2]

Native language as of the Ukrainian Census of 2001:[4]