Vytautas Magnus University (VMU) (Lithuanian: Vytauto Didžiojo Universitetas (VDU)) is a public university in Kaunas, Lithuania. The university was founded in 1922 during the interwar period as an alternate national university.[1]

Initially it was known as the University of Lithuania, but in 1930 the university was renamed to Vytautas Magnus University, commemorating 500 years of death of Vytautas the Great, the Lithuanian ruler, well known for the nation's greatest historical expansion in the 15th century.

It is one of the leading universities of Lithuania, has now about 8,800 students, including Master and Ph.D. candidates. There are a little more than 1000 employees, including approximately 90 professors.[2] [3]

The beginnings of higher education in Lithuania go back to the 16th century when, in 1579, the college founded by Jesuits in Vilnius became a higher school of education – Academia et Universitas Vilnensis. In 1832 in the aftermath of the November Uprising Czar Nicholas I closed the university. 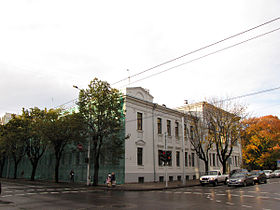 Building where Higher Courses were established, that later became University of Lithuania,

However, in 1918, with the establishment of the independent Republic of Lithuania, the State Council decided to reestablish the Vilnius University. Since Vilnius was later under Polish administration and the Lithuanian government had to be transferred to Kaunas, this decision was not put into effect.

At the beginning of 1920, Higher Courses of Study were established in Kaunas, laying the foundation for the establishment of a university. The Lithuanian Cabinet of Ministers decided to establish the University of Lithuania in Kaunas, February 13, 1922. The ceremonial opening of the university took place February 16, 1922, while on the 12th of April the President of Lithuania confirmed the university's Statute along with six faculties: Theology-Philosophy, Humanities, Law, Mathematics and Sciences, Medicine and Technical Studies.

On June 7, 1930 commemorating 500 years of the death of Vytautas the Great, the University was renamed in his honor (English: Vytautas Magnus University, Latin: Universitas Vytauti Magni). 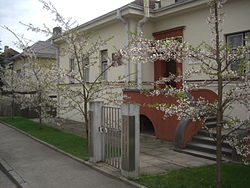 In 1940 Vytautas the Great University helped to reestablish the University of Vilnius: in the winter the Faculties of Humanities and Law were transferred to Vilnius, and in the summer, the Faculty of Mathematics and Sciences. The occupation of Lithuania by the Soviet Union forced the university to be named the University of Kaunas in the summer of 1940. At the beginning of 1941 university professors took an active part in establishing the Lithuanian Academy of Sciences.

The Lithuanian Provisional Government restored the name of Vytautas the Great to the university in the summer of 1941, after the Soviet – Nazi Germany war broke out. The German occupation government closed the university in March 1943, after Lithuanians refused to form an SS battalion. Many professors and students were persecuted. 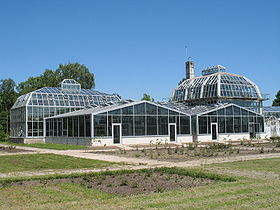 The reestablished university was the second in then Soviet-occupied Lithuania, and the first school of higher education that was independent of governmental institutions. The most important principle in the university's activity became academic freedom, while its main purpose was to prepare graduates with a broad humanistic orientation for Lithuania's needs in research, culture, education and economy.

A common program of study in humanities and general education for the first two years of study for all students appeared in 1990. Its aim was to develop well-rounded individuals who were free and creative.

In 1991 the university was the first in Lithuania to establish in a system of study based on several levels, the completion of which resulted in the granting of Bachelor's or Master's degrees, as well as the Doctoral degrees. The feature of this university still remains exceptional in Lithuania today: this is a liberal policy for studies, according to which students are admitted not into specific specializations but into fields of study.

The students themselves put together their plan of study and make a final choice of their program after the first two years of study. Particular attention is given to foreign languages and computer skills thus making this university different from other schools of higher education in the country.

During the university's first decade the number of students and teachers grew more than twenty times. It has become the center for academic work in the Humanities and Social Sciences, Theology and Fine Arts, Political Sciences and Law in Kaunas. Modern programs have been expanding in: Informatics, Environmental Sciences, Biology, Mathematics and Physics.

Master's and Doctoral studies became a priority at the university and demanded a pedagogical staff with high qualifications. Therefore, the university invited to its classrooms and laboratories the most celebrated of scholars from Lithuania's research institutes, creating in 1993 the first Research and Study Association in Lithuania. Ten Lithuanian research institutes formed this association together with the university: the Institutes for Lithuanian History, Lithuanian Language, Lithuanian Literature and Folklore, Lithuanian Philosophy and Sociology, biochemistry, Mathematics and Informatics, Semiconductor Physics, Psychophysiology and Rehabilitation, Architecture and Civil Engineering, and Lithuanian Forestry.

The university has the right to grant doctoral degrees in nineteen scholarly fields and their branches and the Doctor Habilitus in eight fields. The pedagogical titles of professor and associate professor may be granted in the fields of Humanities, Social Sciences, Physics and Biomedicine.

There are 13 academic divisions (of them 10 faculties):

The university has ties with numerous universities of North America and Europe, as well as East Asia.

Special student and teacher exchange programs have been set up with next universities:

A program in Baltic Studies for foreign students was initiated at the university in 1997.

Questions concerning students' academic, social and cultural rights are resolved through the Student Council. About twenty student corporations and clubs are active in the university. The university sports club "Vytis" coordinates sports activities. The university's artistic groups – the Women's Chamber Choir, the dance group "Žilvytis", the folkloric ensemble "Mintinis" and the Rhetorical Theatre – have won various contests in Lithuania and abroad.