Weston is a suburban community in Broward County, Florida, United States. Established as a city in 1996, much of the community was developed by Arvida/JMB Realty and is located near the western developmental boundary of Broward County. It is the most western city in Broward County, and its entire west side is next to the Everglades. As of the 2010 census, the city had a total population of 65,333.[5] Weston is part of the Miami–Fort Lauderdale–Pompano Beach Metropolitan Statistical Area, which was home to 5,564,635 people at the 2010 census.

In 2010, Money magazine ranked Weston 19th in America in the "Biggest Earners" category, with a median family income of $119,689.[6] In 2006, it was ranked as the city with the largest job growth in Florida and 18th largest in the nation.[7] BusinessWeek ranked Weston as one of the "best affordable suburbs" in the United States in November 2006.[8][9]

South Florida winters are usually dry and warm during La Niña conditions, while El Niño conditions usually bring cool and wet conditions to the region. ENSO effects on South Florida are rather minimal during the summer months, with the exception of tropical cyclone activity in the Atlantic Basin.[13]

On its northeast: Sunrise
On its east: Davie
On its south: Southwest Ranches On its West and North: The Everglades 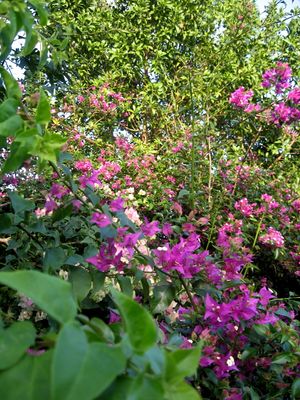 Flowers and hedges line all across Weston 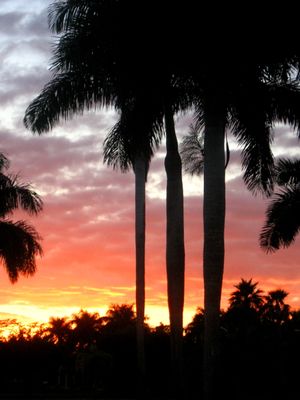 Major highways in Weston include:

Other major roads and Arterial Streets include:

The city is served by bus routes of Broward County Transit, e.g. route 23.

An 8,000-year-old paleo-Indian and Tequesta Indian burial mound is located in the city.[26]

Home of the Weston Hawks

Home of the Weston Rattlers and Weston Warriors

Gator Run Park is located next to Gator Run Elementary School and has one playground, and three pavilions.

Weston currently has an agreement with American Youth Soccer Organization (AYSO) to use Regional and Vista Park soccer fields.