William Alison "Bill" Anders (born October 17, 1933), (Maj Gen, USAFR, Ret.), is a former United States Air Force officer, nuclear engineer, NASA astronaut, and businessman. He is, along with Apollo 8 crewmates Frank Borman and Jim Lovell, one of the first three persons to have left Earth orbit and traveled to the Moon (of only 24 people to date).

Anders was born to U.S. Navy Lt. Arthur F. Anders[1] and Muriel Adams Anders in Hong Kong on October 17, 1933, and was active in the Boy Scouts of America where he achieved its second-highest rank, Life Scout. Anders attended St. Martin's Academy and Grossmont High School in La Mesa, California. He was born and raised Catholic.

He received a Bachelor of Science degree from the United States Naval Academy in 1955, and a Master of Science degree in Nuclear Engineering from the U.S. Air Force Institute of Technology at Wright-Patterson Air Force Base, Ohio, in 1962. Anders completed the Harvard Business School's Advanced Management Program in 1979.

After graduating from the U.S. Naval Academy, Anders took his commission in the U.S. Air Force and served as a fighter pilot in all-weather interceptor squadrons of the Air Defense Command. He later was responsible for technical management of nuclear power reactor shielding and radiation effects programs while at the Air Force Weapons Laboratory in New Mexico.

He has logged more than 6,000 hours of flight time.[citation needed] 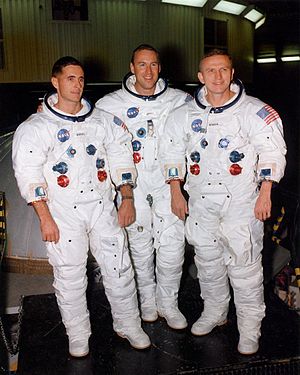 "We came all this way to explore the Moon, and the most important thing is that we discovered the Earth." 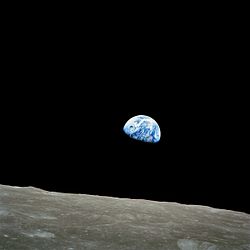 In 1963, Anders was selected by NASA in the third group of astronauts. He became involved in the NASA work in the areas of dosimetry, radiation effects, and environmental controls. He was the backup pilot for the Gemini 11 mission. Then in December 1968, he flew as Lunar Module Pilot for the Apollo 8 mission, the first mission where humans traveled beyond Low Earth orbit (also the first to reach the Moon, and first to orbit the Moon). Anders took a celebrated photograph of Earthrise. He served as backup Command Module pilot for the Apollo 11 mission, before accepting an assignment with the National Aeronautics and Space Council, while still remaining an astronaut.[citation needed]

From 1969 to 1973, Anders served as Executive Secretary for the National Aeronautics and Space Council, which was responsible to the President, Vice President and Cabinet-level members of the Council for developing policy options concerning research, development, operations and planning of aeronautical and space systems. He was also a consultant to the Times-Mirror Organisation in Los Angeles, during which he visited one of T-M's several publishing companies, Jeppesen & Co., in Frankfurt, Germany.[citation needed]

On August 6, 1973, Anders was appointed to the five-member Atomic Energy Commission, where he was lead commissioner for nuclear and non-nuclear power R&D. He was also named as U.S. Chairman of the joint U.S./USSR technology exchange program for fission and fusion power.[citation needed]

Following the reorganization of national nuclear regulatory and developmental activities on January 19, 1975, Anders was named by President Ford to become the first chairman of the newly established Nuclear Regulatory Commission, which is responsible for nuclear safety and environmental compatibility.[citation needed] At the completion of his term as NRC chairman, Anders was appointed Ambassador to Norway and held that position until 1977, when he left the federal government after 26 years.[citation needed]

In 1990, Anders became Vice Chairman of General Dynamics, and on January 1, 1991, its chairman and Chief Executive Officer (CEO). He retired in 1993, but remained Chairman until May 1994.[citation needed]

Anders was a consultant to the U.S. Office of Science and Technology Policy, and was a member of the Defense Science Board and the NASA Advisory Council. He is a retired Major General in the USAF Reserve. 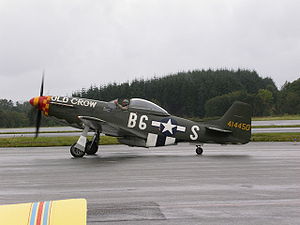 He established the William A. Anders Foundation, a philanthropic organization dedicated to supporting educational and environmental issues. The foundation was a primary sponsor of the American Experience episode, "Race to the Moon." The foundation also founded the Heritage Flight Museum in 1996 at Bellingham International Airport in Bellingham, Washington; Anders serves as its President and until 2008 was an active participant in its air shows.

The Anders crater on the Moon is named in his honor.[citation needed]

In 2011, Anders spoke at the first Starmus Festival in the Canary Islands, delivering a lecture on the early American space program. His talk was published in the book Starmus: 50 Years of Man in Space.[5] 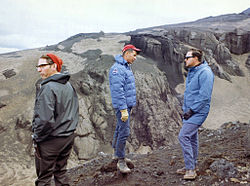 Anders with Icelandic geologist Sigurður Þórarinsson and Dr. Ted Foss during geology training in Iceland in 1967

Anders was portrayed by Robert John Burke in the 1998 HBO miniseries From the Earth to the Moon.

A family-approved account of Anders' life and career appears in the 2007 book In the Shadow of the Moon.

A recording of Bill Anders,[6] made during the Apollo 8 lunar orbit, on December 24, 1968, reading from the Bible (Genesis, Chapter 1) is included on the first track ("In The Beginning") of the Mike Oldfield album The Songs of Distant Earth, with verses repeated again in the second track ("Let There Be Light").

Anders also appeared in the 2005 documentary “Race to the Moon,” which was shown as part of the PBS American Experience series. The film, renamed in 2013 as “Earthrise: The First Lunar Voyage,” centered on the events that led up to NASA’s Apollo 8 mission.

Anders is interviewed in a chapter of the book "No More Worlds to Conquer" by Chris Wright. The chapter is roughly evenly split between his life in Apollo and his later corporate life. Anders allowed his "Earthrise" image to be used as the book's front cover.