From Infogalactic: the planetary knowledge core
(Redirected from Words)
Jump to: navigation, search

This article is about the unit of speech and writing. For the Microsoft Office word processor, see Microsoft Word. For other uses, see Word (disambiguation).

In linguistics, a word is the smallest element that may be uttered in isolation with semantic or pragmatic content (with literal or practical meaning). This contrasts deeply with a morpheme, which is the smallest unit of meaning but will not necessarily stand on its own. A word may consist of a single morpheme (for example: oh!, rock, red, quick, run, expect), or several (rocks, redness, quickly, running, unexpected), whereas a morpheme may not be able to stand on its own as a word (in the words just mentioned, these are -s, -ness, -ly, -ing, un-, -ed). A complex word will typically include a root and one or more affixes (rock-s, red-ness, quick-ly, run-ning, un-expect-ed), or more than one root in a compound (black-board, rat-race). Words can be put together to build larger elements of language, such as phrases (a red rock), clauses (I threw a rock), and sentences (He threw a rock too, but he missed).

The term word may refer to a spoken word or to a written word, or sometimes to the abstract concept behind either. Spoken words are made up of units of sound called phonemes, and written words of symbols called graphemes, such as the letters of the English alphabet.

The ease or difficulty of deciphering a word depends on the language. Dictionaries categorize a language's lexicon (i.e., its vocabulary) into lemmas. These can be taken as an indication of what constitutes a "word" in the opinion of the writers of that language.

Leonard Bloomfield introduced the concept of "Minimal Free Forms" in 1926. Words are thought of as the smallest meaningful unit of speech that can stand by themselves.[1] This correlates phonemes (units of sound) to lexemes (units of meaning). However, some written words are not minimal free forms as they make no sense by themselves (for example, the and of).[2]

Some semanticists have put forward a theory of so-called semantic primitives or semantic primes, indefinable words representing fundamental concepts that are intuitively meaningful. According to this theory, semantic primes serve as the basis for describing the meaning, without circularity, of other words and their associated conceptual denotations.[3]

In the Minimalist school of theoretical syntax, words (also called lexical items in the literature) are construed as "bundles" of linguistic features that are united into a structure with form and meaning.[4] For example, the word "bears" has semantic features (it denotes real-world objects, bears), category features (it is a noun), number features (it is plural and must agree with verbs, pronouns, and demonstratives in its domain), phonological features (it is pronounced a certain way), etc.

The task of defining what constitutes a "word" involves determining where one word ends and another word begins—in other words, identifying word boundaries. There are several ways to determine where the word boundaries of spoken language should be placed:

In languages with a literary tradition, there is interrelation between orthography and the question of what is considered a single word. Word separators (typically spaces) are common in modern orthography of languages using alphabetic scripts, but these are (excepting isolated precedents) a relatively modern development (see also history of writing).

In English orthography, compound expressions may contain spaces. For example, ice cream, air raid shelter and get up each are generally considered to consist of more than one word (as each of the components are free forms, with the possible exception of get).

Not all languages delimit words expressly. Mandarin Chinese is a very analytic language (with few inflectional affixes), making it unnecessary to delimit words orthographically. However, there are a great number of multiple-morpheme compounds in Mandarin, as well as a variety of bound morphemes that make it difficult to clearly determine what constitutes a word.

Sometimes, languages which are extremely close grammatically will consider the same order of words in different ways. For example, reflexive verbs in the French infinitive are separate from their respective particle, e.g. se laver ("to wash oneself"), whereas in Portuguese they are hyphenated, e.g. lavar-se, and in Spanish they are joined, e.g. lavarse.[6]

Japanese uses orthographic cues to delimit words such as switching between kanji (Chinese characters) and the two kana syllabaries. This is a fairly soft rule, because content words can also be written in hiragana for effect (though if done extensively spaces are typically added to maintain legibility).

Vietnamese orthography, although using the Latin alphabet, delimits monosyllabic morphemes rather than words.

In character encoding, word segmentation depends on which characters are defined as word dividers. 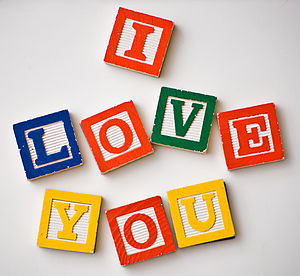 In synthetic languages, a single word stem (for example, love) may have a number of different forms (for example, loves, loving, and loved). However, for some purposes these are not usually considered to be different words, but rather different forms of the same word. In these languages, words may be considered to be constructed from a number of morphemes. In Indo-European languages in particular, the morphemes distinguished are

Thus, the Proto-Indo-European *wr̥dhom would be analyzed as consisting of

Philosophers have found words objects of fascination since at least the 5th century BC, with the foundation of the philosophy of language. Plato analyzed words in terms of their origins and the sounds making them up, concluding that there was some connection between sound and meaning, though words change a great deal over time. John Locke wrote that the use of words "is to be sensible marks of ideas", though they are chosen "not by any natural connexion that there is between particular articulate sounds and certain ideas, for then there would be but one language amongst all men; but by a voluntary imposition, whereby such a word is made arbitrarily the mark of such an idea".[7] Wittgenstein's thought transitioned from a word as representation of meaning to "the meaning of a word is its use in the language."[8]

Archaeology shows that even for centuries prior to this fascination by philosophers in the 5th century BC, many languages had various ways of expressing this verbal unit, which in turn diversified and evolved into a range of expressions with wide philosophical significance.[citation needed] Ancient manuscripts of the Gospel of John reveal in its 5th chapter the Rabonni Y'shua chastising the pharisees expecting to find life in writings instead of himself. This perhaps could have led to John's introduction in chapter of a description in the Greek translation as "the logos".[clarification needed] A famous early scientist, scholar and priest, Thomas Aquinas, influenced Cartesian philosophy and mathematics by interpreting such passages consistently with his philosophy of logic.[citation needed]

Grammar classifies a language's lexicon into several groups of words. The basic bipartite division possible for virtually every natural language is that of nouns vs. verbs.

The classification into such classes is in the tradition of Dionysius Thrax, who distinguished eight categories: noun, verb, adjective, pronoun, preposition, adverb, conjunction and interjection.

In Indian grammatical tradition, Pāṇini introduced a similar fundamental classification into a nominal (nāma, suP) and a verbal (ākhyāta, tiN) class, based on the set of desinences taken by the word.