The 20th World Youth Day (German: XX. Weltjugendtag Köln) was a Catholic youth festival that started on August 16 and continued until August 21, 2005 in Cologne, Germany. It was the first World Youth Day and foreign trip of Pope Benedict XVI, who joined the festival on August 18. This meeting was decided by the previous pope, John Paul II, during the Toronto World Youth Day of 2002. The theme was "We have come to worship Him" (from Matthew 2:2).

The Pope's Apostolic Journey to Germany 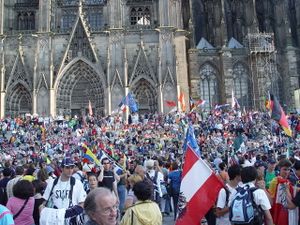 Pilgrims in front of Cologne Cathedral 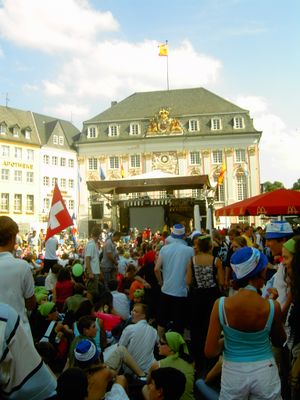 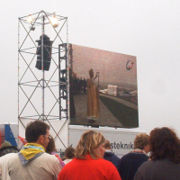 Originally, Pope John Paul II was to attend the World Youth Day in Cologne. As he died earlier in 2005, it was instead his successor Pope Benedict XVI's first apostolic journey. Most pilgrims to the World Youth Day made their plans to come while John Paul II was still Pope, and had hoped to see him. Before Pope Benedict XVI led the central mass, he met with several politicians and others.

The Pope issued a plenary indulgence for those attending World Youth Day, with a partial indulgence available to all who pray fervently, with a contrite heart, that Christian youth