The Xhosa language (English /ˈkɔːsə/ or /ˈkoʊsə/;[6][7][8] Xhosa: isiXhosa [isikǁʰɔ́ːsa]) is one of the official languages of South Africa. Xhosa is spoken by approximately 7.6 million people, or about 18% of the South African population. Like most Bantu languages, Xhosa is a tonal language; that is, the same sequence of consonants and vowels can have different meanings when said with a rising or falling or high or low intonation. One of the most distinctive features of the language is the prominence of click consonants; the word "Xhosa" begins with a click.

Xhosa is written using a Latin alphabet. Three letters are used to indicate the basic clicks: c for dental clicks, x for lateral clicks, and q for post-alveolar clicks (for a more detailed explanation, see the table of consonant phonemes, below). Tones are not indicated in the written form.

Xhosa is the southernmost branch of the Nguni languages, which include Swati, Northern Ndebele[9] and Zulu. There is some mutual intelligibility with the other Nguni languages, all of which share many linguistic features. Nguni languages are in turn part of the much larger group of Bantu languages, and as such Xhosa is related to languages spoken across much of Africa.[10] 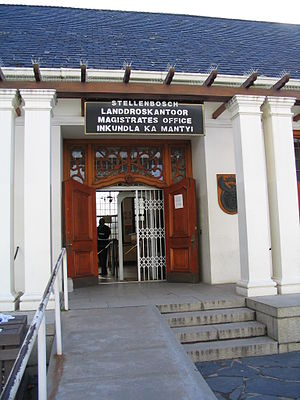 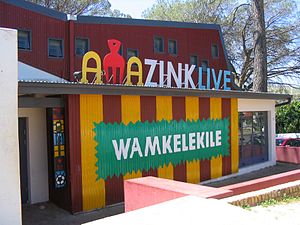 Hlubi is the dialect in the former Ciskei; there is more distinct Hlubi language further north where Xhosa meets Sotho. Other varieties traditionally considered Xhosa, such as Bhaca, may be distinct languages.

Xhosa is a tonal language with two inherent, phonemic tones: low and high. Tones are frequently not marked in the written language, but when they are, they are a [à], á [á], â [áà], ä [àá]. Long vowels are phonemic but are usually not written, except for â and ä which are the results of gemination of two vowels with different tones each and have thereby become long vowels with contour tones (â high-low = falling, ä low-high = rising).

Xhosa is rich in uncommon consonants. Besides pulmonic egressive sounds, as in English, it has 18 clicks (in comparison, Juǀ'hoan, spoken by roughly 10,000 people in Botswana and Namibia, has 48 clicks, and the Taa language, with roughly 4,000 speakers in Botswana, has 83 click sounds, the largest consonant inventory of any known language), plus ejectives and an implosive. 15 of the clicks also occur in Zulu, but are used less frequently than in Xhosa.

The following table lists the consonant phonemes of the language, giving the pronunciation in IPA on the left, and the orthography on the right:

In addition to the ejective affricate [tʃʼ], the spelling tsh may also be used for either of the aspirated affricates [tsʰ] and [tʃʰ].

The ejectives tend to only be ejective in careful pronunciation or in salient positions, and even then only for some speakers; elsewhere they tend to be tenuis (plain) stops. Similarly, the tenuis (plain) clicks are often glottalised, with a long voice onset time, though this is uncommon.

The murmured clicks, plosives, and affricates are only partially voiced, with the following vowel murmured for some speakers. That is, da may be pronounced [dʱa̤] (or, equivalently, [d̥a̤]). They are better described as slack voiced than as breathy voiced. They are only truly voiced after nasals, though then the oral occlusion is very short in stops, and most often does not occur at all in clicks, so that the absolute duration of voicing is the same as in tenuis stops. (They may also be voiced between vowels in some speaking styles.) The more salient characteristic is their depressor effect on the tone of the syllable.[15]

When consonants are prenasalised, their pronunciation and spelling may change. Murmur no longer shifts to the following vowel. Fricatives become affricates, and if voiceless, become ejectives as well, at least with some speakers: mf is pronounced [ɱp̪fʼ]; ndl is pronounced [ndɮ]; n+hl becomes ntl [ntɬʼ]; n+z becomes ndz [ndz], etc. The orthographic b in mb is a voiced plosive, [mb].

When voiceless clicks c, x, q are prenasalised, a silent letter k is added – nkc, nkx, nkq – so as to prevent confusion with the nasal clicks nc, nx, nq.

Xhosa is an agglutinative language featuring an array of prefixes and suffixes that are attached to root words. As in other Bantu languages, Xhosa nouns are classified into fifteen morphological classes (or genders), with different prefixes for singular and plural. Various parts of speech that qualify a noun must agree with the noun according to its gender. These agreements usually reflect part of the original class that it is agreeing with. Constituent word order is subject–verb–object.

Verbs are modified by affixes that mark subject, object, tense, aspect, and mood. The various parts of the sentence must agree in class and number.[10] 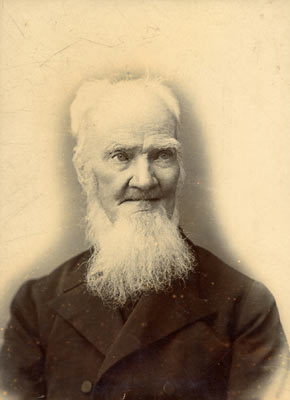 Henry Hare Dugmore, an Englishman who became fluent in Xhosa and jointly produced the first translation of the Bible into the language in 1859

Xhosa-speaking people have inhabited coastal regions of southeastern Africa since before the sixteenth century. They refer to themselves as the amaXhosa, and their language as isiXhosa.

The Bantu ancestor of Xhosa did not have clicks, which attest to a strong historical contact with some San language. An estimated 15% of Xhosa vocabulary is of San origin.[12] In the modern period, Xhosa has also borrowed from both Afrikaans and English.

The role of African languages in South Africa is complex and ambiguous. Their use in education has been governed by legislation, beginning with the Bantu Education Act of 1953.[10]

At present, Xhosa is used as the main language of instruction in many primary schools and some secondary schools, but is largely replaced by English after the early primary grades, even in schools mainly serving Xhosa-speaking communities. The language is also studied as a subject.

The language of instruction at universities in South Africa is English or Afrikaans, and Xhosa is taught as a subject, both for native and for non-native speakers.

Literary works, including prose and poetry, are available in Xhosa, as are newspapers and magazines. The first printed word in isiXhosa came out in 1823 from the Lovedale Press in the Alice region of the Eastern Cape. But, as with any language, isiXhosa had a rich history of oral traditions from which the society taught, informed, and entertained one another. The first Bible translation was in 1859, produced in part by Henry Hare Dugmore.[12] The South African Broadcasting Corporation broadcasts in Xhosa on both radio (on Umhlobo Wenene FM) and television, and films, plays and music are also produced in the language. The best-known performer of Xhosa songs outside South Africa was Miriam Makeba, whose Click Song #1 (Qongqothwane in Xhosa) and Click Song #2 (Baxabene Ooxam) are known for their large number of click sounds.

In 1996[update], the literacy rate for first-language Xhosa speakers was estimated at 50%.[12]

Nkosi Sikelel' iAfrika is part of the national anthem of South Africa, national anthem of Tanzania and Zambia, and the former anthem of Zimbabwe and Namibia. It is a Methodist hymn written in Xhosa by Enoch Sontonga in 1897. The original stanza was:

Lord, bless Africa;
May her horn rise high up;
Hear Thou our prayers
Lord, bless us, your family.

Additional stanzas were written later by Sontonga and other writers, with the original verse translated into Zulu, Sotho and Afrikaans, as well as English.