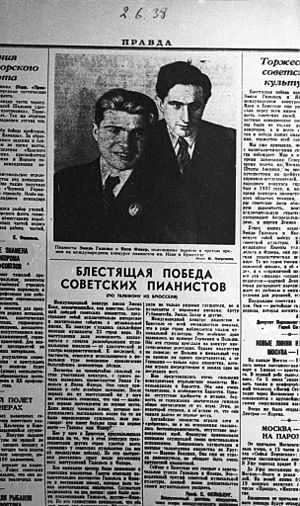 Flier was born in Orekhovo-Zuyevo, Russia. He studied piano at the Moscow Conservatory with Konstantin Igumnov. By the 1930s he had become one of the most prominent Russian concert pianists. He mainly performed Romantic piano music, although he also played some contemporary music by the Russian composers Dmitry Kabalevsky, Dmitri Shostakovich, German Galynin, Sergei Prokofiev and Rodion Shchedrin.

He was a contemporary and sometime rival of Emil Gilels. In the 1960s and 1970s Flier began to perform in Europe. During his concert tour in the USA he performed Sergei Rachmaninoff's Third piano concerto with the New York Philharmonic conducted by Leonard Bernstein.