The Yankee-class was a class of Soviet nuclear ballistic missile submarines that was constructed from 1967 onward. 34 units were produced under Project 667A Navaga (after the fish) and Project 667AU Nalim ("burbot"). 24 were built at Severodvinsk for the Northern Fleet while the remaining 10 built in Komsomolsk-na-Amurye for the Pacific Fleet. Two Northern Fleet units were transferred to the Pacific.[1] The lead unit K-137 Leninets, receiving its honorific name 11 April 1970, two and one half years after being commissioned.

The Yankee-class nuclear submarines were the first class of Soviet ballistic missile submarines (SSBN) to have thermonuclear firepower comparable with that of their American and British Polaris submarine counterparts. The Yankee-class were quieter in the ocean than were their Hotel-class predecessors, and had better streamlining that improved their underwater performance. The Yankee-class were actually quite similar to the Polaris submarines of the U.S. Navy and the Royal Navy. These boats were all armed with 16 submarine-launched ballistic missiles (SLBM) with multiple nuclear warheads as nuclear deterrents during the Cold War, and their ballistic missiles had ranges from 1,500 nautical miles (2,400 kilometers) to 2,500 miles (4,000 kilometers).

The Yankee-class SSBN served in the Soviet Navy in three oceans: the Atlantic Ocean, the Pacific Ocean, and the Arctic Ocean beginning in the 1960s. During the 1970s about three Yankee-class were continually on patrol in a so-called "patrol box" in the Atlantic Ocean just east of Bermuda[2] and off the US Pacific coast. This forward deployment of the SSBNs was seen to balance the presence of American, British, and French nuclear weapons kept in Western Europe and on warships (including nuclear submarines) in the surrounding Atlantic Ocean, including the Mediterranean Sea and the Eastern Atlantic. 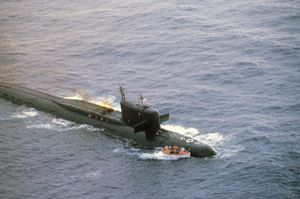 One Yankee-class submarine, the Soviet Navy K-219, was lost on 6 October 1986 after an explosion and fire on board. This boat had been at sea near Bermuda, and she sank from loss of buoyancy because of flooding. Four of her sailors died before rescue ships arrived. At least one other boat in this class was involved in a collision with a U.S. Navy nuclear submarine.

Because of their increasing age, and as negotiated in the SALT I treaty, the START I treaty, and the START II treaty, that reduced the nuclear armaments of the United States and the Soviet Union, all of the boats of the Yankee-class, and all Polaris missile and Poseidon missile submarines have been disarmed. decommissioned, and sent to the nuclear ship scrapyards. 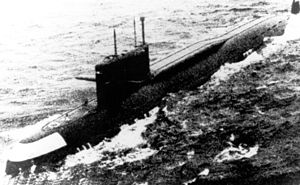 There were eight different versions of the Yankee subs (all no longer in service): 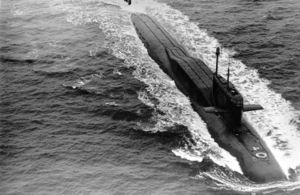 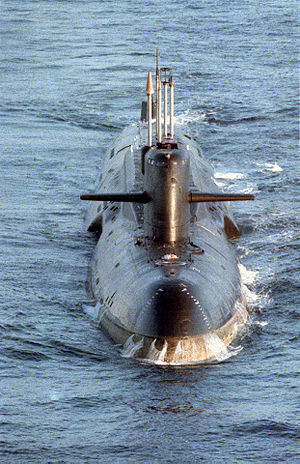