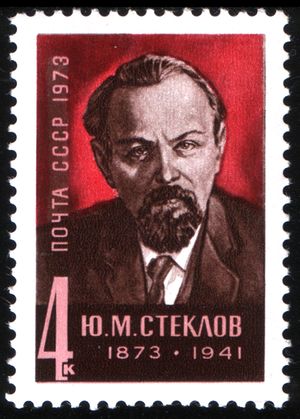 Steklov joined the Bolshevik Party in 1903, was editor of Izvestia of the Petrograd Soviet, and was a member of the Central Committee after the Revolution.[1] He wrote biographies of Mikhail Bakunin[2] and Alexander Herzen, as well as commentary on Karl Marx and Vladimir Lenin. Arrested in February 1938 amid the Great Purge, he died in prison. He was posthumously rehabilitated.