The fauna of the State of Oregon includes a wide array of species. 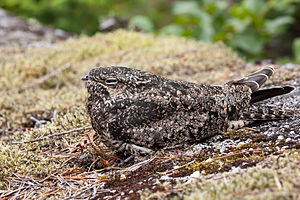 The Common Nighthawk is one of more than 50 species of birds seen in the John Day Fossil Beds National Monument. 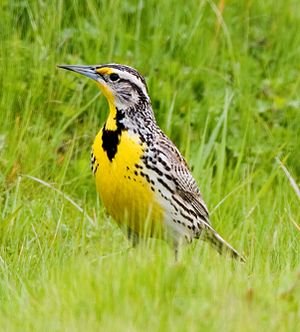 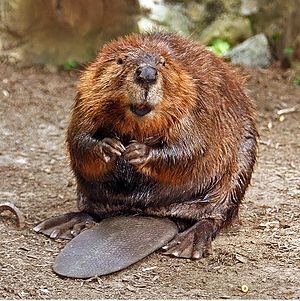 One way of presenting the fauna of Oregon is by classification by lifezone. Oregon is a vastly diverse state in terms of topography and climate. Five of the seven recognized lifezones are identified in Oregon.[1]

Although there are variable reports, some sources report that there are four species of mammals found exclusively in Oregon: the Baird's Shrew, the Pacific Shrew, the Camas Pocket Gopher, and the Red Tree Vole (North Oregon Coast “distinct population segment”).[2][3] However, other sites list the Red Tree Vole as present in northern California. According to the Oregon State University libraries Oregon Wildlife Explorer website, one hundred thirty-six mammals have been described, exclusive of the marine mammals. Most of these are smaller creatures weighing under one kilogram, active primarily at night, with a tendency towards more inconspicuous ways of life. Some of the larger, more iconic, carnivorous species have been driven from the region. Others are present, but in lesser numbers compared to the smaller species.[2]

The American Society of Mammalogists provides a more exhaustive listing of species.[4] Grizzly bears are no longer listed. According to the list, 12 specimens of Canada Lynx remain. The gray wolf populations has been increasing in recent years and is monitored by the Oregon Department of Fish and Wildlife.[5] The first confirmed wolf sighting in western Oregon since 1947, known as Journey OR-7, was born in April, 2009 is [6]

Humid division of the transition zone