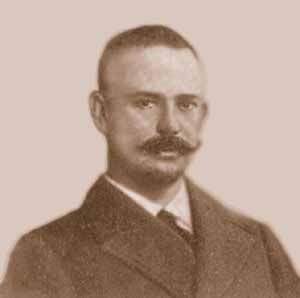 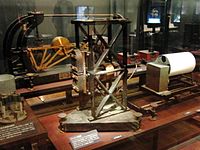 Golitsyn seismograph. Exhibit in the National Museum of Nature and Science, Tokyo, Japan

Prince Boris Borisovich Golitsyn (March 2 [O.S. February 18] 1862 in Saint Petersburg – May 17 [O.S. May 4] 1916 near Petrograd) was a prominent Russian physicist who invented the first electromagnetic seismograph in 1906. He was one of the founders of modern Seismology. In 1911 he was chosen to be the president of the International Seismology Association.

He was a plenary speaker on the International Congress of mathematicians in Cambridge 1912[1] He belonged to the Golitsyn family, one of the leading noble houses of Imperial Russia.