The Etrich Taube, also known by the names of the various later manufacturers who build versions of the type, such as the Rumpler Taube, was a pre-World War I monoplane aircraft. It was the first military aeroplane to be mass-produced in Germany.

The Taube was very popular prior to the First World War, and it was also used by the air forces of Italy and Austria-Hungary. Even the Royal Flying Corps operated at least one Taube in 1912. On November 1, 1911, Giulio Gavotti, an Italian aviator, dropped the world's first aerial bomb from his Taube monoplane over the Ain Zara oasis in Libya.[1] Once the war began, it quickly proved inferior as a serious warplane and as a result was soon replaced by newer and more effective designs.

The Etrich-Wels glider prototype, with Igo Etrich in the cockpit

The Taube was designed in 1909 by Igo Etrich of Austria-Hungary, and first flew in 1910. It was licensed for serial production by Lohner-Werke in Austria and by Edmund Rumpler in Germany, now called the Etrich-Rumpler-Taube.[2][3] Rumpler soon changed the name to Rumpler-Taube, and stopped paying royalties to Etrich, who subsequently abandoned his patent.

Despite its name, the Taube's unique wing form was not modeled after a dove, but was copied from the seeds of Zanonia macrocarpa, which can fly long distances from their parent tree. Similar wing shapes were also used by Karl Jatho and Frederick Handley Page.[citation needed] Etrich had tried to build a flying wing aircraft based on the Zanonia wing shape, but the more conventional Taube type, with tail surfaces, was much more successful.

Etrich adopted the format of crosswind-capable main landing gear that Louis Blériot had used on his Blériot XI cross-channel monoplane for better ground handling. The wing has thee spars and was braced by a cable-braced steel tube truss (called a "bridge", or Brücke in German) under each wing: at the outer end the uprights of this structure were lengthened to rise above the upper wing surfaces, to form kingposts to carry bracing and warping wires for the enlarged wingtips. A small landing wheel was sometimes mounted on the lower end of this kingpost, to protect it for landings and to help guard against ground loops.[4]

Like many contemporary aircraft, especially monoplanes, the Taube used wing warping rather than ailerons for lateral (roll) control, and also warped the rear half of the stabilizer for use as an elevator control surface's function. Only the vertical, twinned triangular rudder surfaces were usually hinged. 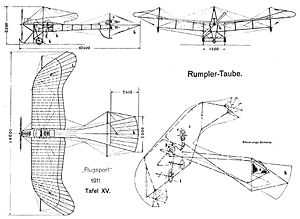 Design drawing of Taube from 1911

The design provided for very stable flight, which made it extremely suitable for observation. In addition, the translucent wings made it difficult for ground observers to detect a Taube at an altitude above 400 meters. The first hostile engagement was by an Italian Taube in 1911 in Libya, its pilot using pistols and dropping 2 kg (4.4 lb) grenades. The Taube was also used for bombing in the Balkans in 1912–13, and in late 1914 when German 3 kg (6.6 lb) bomblets and propaganda leaflets were dropped over Paris. Taube spotter planes detected the advancing Imperial Russian Army in East Prussia during the World War I Battle of Tannenberg.

In civilian use, the Taube was used by pilots to win the Munich-Berlin Kathreiner prize. On 8 December 1911, Gino Linnekogel and Suvelick Johannisthal achieved a two-man endurance record for flying a Taube 4 hours and 35 minutes over Germany.[5][6] 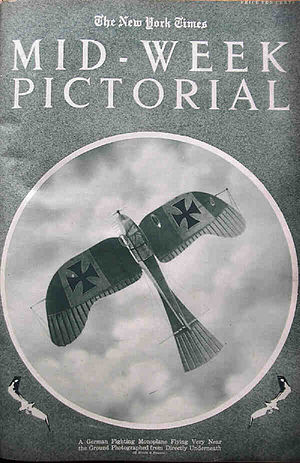 While initially there were two Taube aircraft assigned to Imperial German units stationed at Qingdao, China only one was available at the start of the war due to an accident. The Rumpler Taube piloted by Lieutenant Gunther Plüschow had to face the attacking Japanese, who had with them a total of eight aircraft. On October 2, 1914, Plüschow's Taube attacked the Japanese warships[clarification needed] with two small bombs, but failed to score any hits. On November 7, 1914, shortly before the fall of Qingdao, Plüschow was ordered to fly top secret documents to Shanghai, but was forced to make an emergency landing at Lianyungang in Jiangsu, where he was interned by a local Chinese force. Plüschow was rescued by local Chinese civilians under the direction of an American missionary, and successfully reached his destination at Shanghai with his top secret documents, after giving the engine to one of the Chinese civilians who rescued him.

Poor rudder and lateral control made the Taube difficult and slow to turn. The aeroplane proved to be a very easy target for the faster and more mobile Allied fighters of World War I, and just six months into the war, the Taube had been removed from front line service to be used to train new pilots. Many future German aces would learn to fly in a Rumpler Taube.

Due to the lack of license fees, no less than 14 companies built a large number of variations of the initial design, making it difficult for historians to determine the exact manufacturer based on historical photographs. An incomplete list is shown below. The most common version was the Rumpler Taube with two seats. 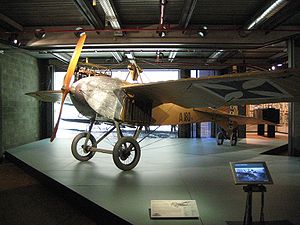 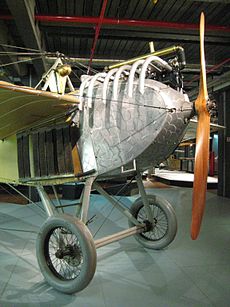 The Technisches Museum Wien is thought to have the only known remaining Etrich-built example of the Taube in existence, an early enough example to have a four-cylinder engine powering it,[10] and is potentially a twin to Gavotti's Taube aircraft from 1911, also said to have been powered with a four-cylinder inline engine. Other examples of original Taubes exist, such as one in Norway, which was the last original Taube to fly under its own power in 1922, over a Norwegian fjord.

The Owl's Head Transportation Museum in Owls Head, Maine USA, is so far the only known museum to attempt the construction of a flyable reproduction of the Etrich Taube in North America. Their example first flew in 1990, and it still flies today with the power of a 200 hp Ranger L-440 inline-6 "uprighted" air-cooled engine.[11] 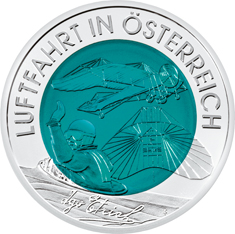