Giresun (pronounced [ɡiɾeˈsun]) is the provincial capital of Giresun Province in the Black Sea Region of northeastern Turkey, about 175 km (109 mi) west of the city of Trabzon.

Giresun was known to the ancient Greeks as Choerades or more prominently as Kerasous or Cerasus (Ancient Greek: Κερασοῦς), the origin of the modern name.

Pre-Greek and Greek linguist Robert S. P. Beekes has stated that the name Kerasous corresponds to κερασός (kerasós) "cherry" + -ουντ (a place marker).[3] Thus, he notes that the Greek root of the word "cherry", κερασός (kerasós), predates the name of the city,[3] Beekes holds that the ultimate origin of the word cherry (and thus the name of the city) is from a Pre-Greek substrate, likely of Anatolian origin, given the intervocalic σ in Κερασοῦς and the apparent cognates of it found in other languages the region.[3]

However, Black Sea Region researcher Özhan Öztürk has said that Kerasous instead corresponds to κέρας (keras) "horn" + -ουντ (a place marker), for the prominent horn-shaped peninsula that the city is situated on (compare with the Greek name for the horn-shaped Golden Horn waterway in Istanbul, Κέρας (Keras) "Horn").[4] According to Öztürk, the toponym later mutated into Kerasunt (sometimes written Kérasounde or Kerassunde), and the word "cherry" (as well as its cognates found in other local languages) was derived from the name of the city itself, rather than the other way around as Beekes claims.[4]

Pharnaces I of Pontus renamed the city Pharnacia after himself after he captured the city in 183 BCE, and it was called by that name as late as the 2nd century CE. According to A. H. M. Jones, the city officially reverted to its original name, Kerasous, in 64 CE.[5] Whatever the etymology, the Greek name Kerasous was Turkified into Giresun after Turks gained permanent control of the region in the late 15th century.

The English word cherry, French cerise, Spanish cereza, and Turkish kiraz, among countless others, all come from Ancient Greek κερασός "cherry tree", which has been identified with Kerasous, although whether the word κερασός pre-dates the city's name or not is up for debate, as noted above. According to Pliny, the cherry was first exported from Cerasus to Europe in Roman times by Lucullus.[6]

The surrounding region has a rich agriculture, growing most of Turkey's hazelnuts as well as walnuts, cherries, leather and timber, and the port of Giresun has long handled these products. The harbour was enlarged in the 1960s and the town is still a port and commercial centre for the surrounding districts, but Giresun is not large, basically one avenue of shops leading away from the port.

Like everywhere else on the Black Sea coast it rains (and often snows in winter) and is very humid throughout the year, with a lack of extreme temperatures both in summer and winter. As a result Giresun and the surrounding countryside is covered by luxuriant flora. As soon as you get beyond the city buildings you get into the hazelnut growing area and the high pastures (yayla) further in the mountains are gorgeous.

Giresun has a borderline oceanic/humid subtropical climate (Köppen climate classification: Cfb/Cfa), like most of the eastern Black Sea coast of Turkey, with warm and humid summers and cool and damp winters. Giresun has a high and evenly distributed precipitation throughout the year. Precipitation is heaviest in autumn and spring.

Snowfall is quite common between the months of December and March, snowing for a week or two, and it can be heavy once it snows.

The water temperature, like in the rest of the Black Sea coast of Turkey, is always cool and fluctuates between 8° and 20 °C throughout the year. 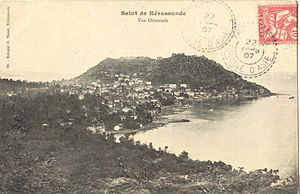 Giresun city at the beginning of the 20th century 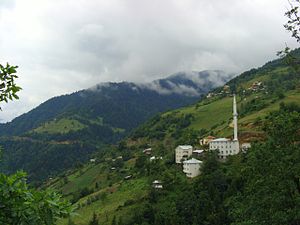 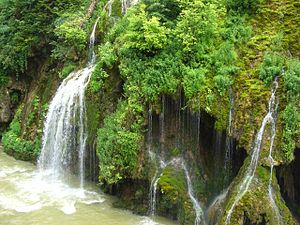 Giresun's history goes back to the late 6th century BC, when it was founded by Greek colonists from Sinope, 110 km east of the homonymous city founded by Pharnaces I of Pontus, using citizens transferred from Kotyora (modern Ordu), circa 180 BCE.[8] The name of the city is first cited in the book Anabasis by Xenophon as Kerasus. Historic records reveal that the city was dominated by the Miletians, Persians, Romans, Byzantines and Empire of Trebizond. The older parts of the city lie on a peninsula crowned by a ruined Byzantine fortress, sheltering the small natural harbour. Nearby is Giresun Island, in ancient times called Aretias, the only major Black Sea island in Turkish territory. According to legend, the island was sacred to the Amazons, who had dedicated a temple to the war god Ares here. Even today, fertility rites are performed there every May, usually involving the famed boulder named the Hamza Stone on the east side of the island, now shrouded as a popular practice but in reality a 4,000-year-old celebration.

Cerasus early became a Christian bishopric, and the names of several of its bishops are preserved in the acts of church councils: Gregorius at the Council of Ephesus in 431, Gratianus at the Council of Chalcedon in 451, Theophylactus at the Third Council of Constantinople in 680, Narses at the Trullan Council in 692, Ioannes at the Second Council of Nicaea in 787, and Simeon at the Photian Council of Constantinople in 879. An episcopal seal records a Leo of the 9th century, and a Michael was transferred from here to the see of Ancyra at the time of Michael Caerularius.[9][10][11] It was the seat of a Greek Orthodox metropolitan until 1703, when the city was placed under the metropolitan of Trebizond.[12] Accordingly, it is today listed by the Catholic Church as a titular see.[13] The Ecumenical Patriarchate of Constantinople also considers Cerasus (Kerasous), together with Chaldia and Cheriana as a titular metropolis in Turkey.

During the medieval period, Kerasunt was part of the Byzantine Empire and later the second city of the Empire of Trebizond. From 1244 onwards the Seljuk Turks moved into the area, pursued at times by the Mongol hordes until in 1461 the whole of this coast was brought within the Ottoman Empire by Sultan Mehmet II. She was shortly occupied by Emirate of Hacıemiroğlu (Emirate of Chalybia) between 1398-1400.

Alexios II defeated the Turkmen "Koustoganes" at Kerasunt in September 1302; after his victory, Alexios II built a fortress which overlooks the sea.[14] Local traditions claim that Kerasunt held out for many months after the fall of Trebizon in 1461, then surrendered on terms that the Christian inhabitants could remain and retain their arms, but were required to maintain a boat for the use of the Turks on a nearby river.[15]

4.2 km east-northeast of Kerasus is a fortified island called Ares (Αρητιας νήσος or Αρεώνησος). It was here according to Apollonius of Rhodes, that the Argonauts encountered both the Amazons and a flock of vicious birds. The Greeks of the island held out against the Ottomans for 7 years after the fall of Trebizond (modern Trabzon) in 1461. 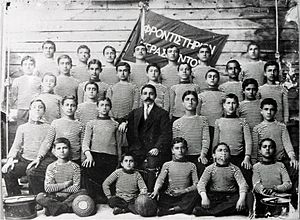 Giresun is twinned with: