The Northwest Conference (NWC) is an athletic conference which competes in the NCAA's Division III. Member teams are located in the states of Oregon and Washington. 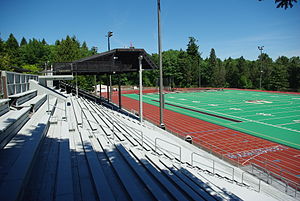 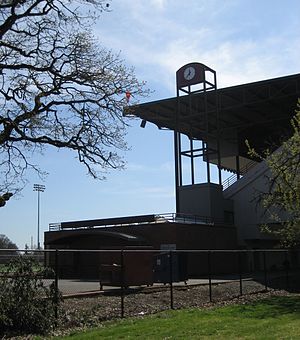 The College of Idaho dropped out in 1978 and is now a member of the NAIA's Cascade Collegiate Conference. Whitworth left the NWC in 1984 but returned in 1988. George Fox University and Seattle University joined the conference in 1997. Seattle dropped out again in 1999 to become members of NCAA Division II.[1] Menlo College joined the conference in 2005 as a football-only member.

The league currently has 9 full members:

Most recently, Whitworth won the NWC All Sports Trophy for 2013-14, their eighth overall and seventh in a row. Pacific Lutheran has won the award 15 times, more than any other school. Linfield has won the trophy three times while Puget Sound has won it twice.[10]