Chuhuiv (Ukrainian: Чугуїв) is a Ukrainian city in the province of Kharkiv. The city is the administrative center of the Chuhuivskyi district. The estimated population is 36 438.

Chuhuiv's most notable contribution to the Ukrainian civilian economy and the country's sustenance is the notable food industry in the city, which particularly focuses on producing mayonnaise along with other staple supporting condiments.

The City's founding date is disputed with historical assertions ranging from 1540 to 1627. Some academics purport the city was built upon the orders Russia's first Tsar Ivan the Terrible who reigned from 1547 to 1584.

A military fort was built adjacent to the city in 1638 by order of Tsar Mikhail Fedorovich. This military presence near Chuhuiv has continued throughout history.

During the government of the Soviet Union the base became an important military training center. The base has been home to the Soviet Air Force Pilot Academy and the Red Army's Artillery School. Presently there is a Ukrainian Air Force adjacent to the town.

The city is most famous for being the home of a major Soviet Air Force base and a military pilot's academy. There is currently a Ukrainian Air Force base in the city.

Generally, the city has been an important military point since Cossack times. There was a Soviet Red Army Artillery School (a military academy) in Chuhuyiv before World War II.

There are eight schools in Chuhuiv (grades 1-11) where several Peace Corps volunteers have served since 2004. 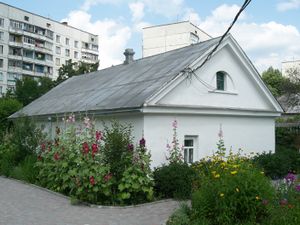 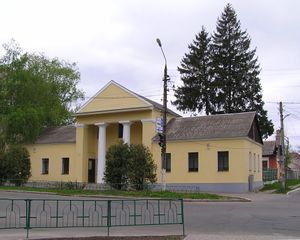 There were six pre-school educational institutions and one pre-school unit as part of the Teaching and Educational Complex No. 6 in the city, in the 2013-2014 academic year; they educated 1 195 preschoolers between the ages of 2 and 6 (7) years old.[4]