From Infogalactic: the planetary knowledge core
Jump to: navigation, search
This article is about the geographical feature. For other uses, see Plain (disambiguation). 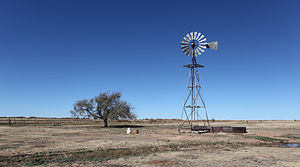 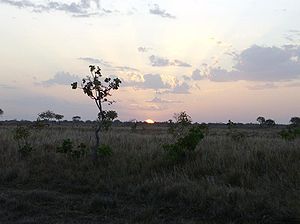 Los llanos, an area of land with relatively high relief in Venezuela 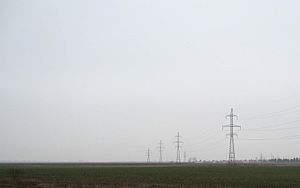 Corn fields in the Wallachian Plain. The Walachian plain has thick deposits of fertile black earth, a type of loess 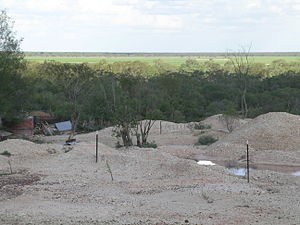 Part of the plain that surrounds Lightning Ridge in New South Wales, Australia

In geography, a plain is a flat area. Plains occur as lowlands and at the bottoms of valleys but also on plateaus or uplands at high elevations. In a valley, a plain is enclosed on two sides but in other cases a plain may be delineated by a complete or partial ring of hills, by mountains or cliffs. Where a geological region contains more than one plain, they may be connected by a pass (sometime termed a gap). Plains may have been formed from flowing lava, deposited by water, ice, wind, or formed by erosion by these agents from hills and mountains.

Plains in many areas are important for agriculture because where the soils were deposited as sediments they may be deep and fertile, and the flatness facilitates mechanization of crop production; or because they support grasslands which provide good grazing for livestock.

Depositional Plains are grouped into the following: