A Royal Air Force station is a permanent Royal Air Force operations location. Most RAF stations are aerodromes, or airfields, being the home to one or more flying squadrons. Other RAF stations are training units, administrative units, headquarters (HQ), or carry out ground-based operational tasks. Although many RAF units are often called stations, they can only be properly classified as an RAF station if they are self-accounting with their own station commander and headquarters.[1] Units without a station commander or headquarters staff will ordinarily be a satellite of an RAF station proper.

In the early years of the RAF, very few of its bases were classified as stations. Some bases which were locally known as RAF location name were officially listed under the unit's title. For example, No. 1 Stores Depot was at RAF Kidbrooke which was described as No. 1 Stores Depot in the official lists.

In the years before World War II the RAF went through a period of rapid expansion. One means of achieving this expansion was to group several units together at one location, which then required a separate headquarters staff. This resulted in a considerable growth in the number of stations.[1] 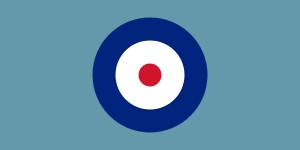 The Commanding Officer (CO) in charge of an RAF station is titled as the Station Commander. On flying units the Station Commander normally holds the rank of Group Captain. Most RAF stations are administratively sub-divided into Wings, and are controlled by a Station Headquarters (SHQ). On a flying station the subordinate Wings have usually been called Operations Wing, Engineering Wing (or Engineering and Supply Wing), and Administration Wing. Engineering Wings are being split into Forward Support Wing and Depth Support Wings, while many Administration and Operations Wings have been renamed Base Support Wing.

RAF stations typically have a fenced perimeter, and flying stations have the airfield - with its runways, perimeter track, dispersal areas, hangars, technical buildings, offices and accommodation for personnel who live on the unit. Flying stations are typically in remote or rural areas, and are geographically quite large in area.

Non-flying RAF stations are often much smaller in area than flying stations. They may be close to urban conurbations, and may sometimes be situated in historic mansions, manor houses, or other notable buildings of fine architectural quality.

Current RAF stations are mainly in the United Kingdom: overseas RAF stations include RAF Akrotiri in Akrotiri and Dhekelia, RAF Gibraltar in Gibraltar, and RAF Mount Pleasant in the Falkland Islands.

Over the last 90-years, there have been hundreds of RAF stations around the world, a reflection on the involvement of the RAF in wars and conflicts, and colonial policing in many areas across the globe.

RAF Station badges are similar to Squadron badges; the emblem is surrounded by a light blue ring containing the words "Royal Air Force Station", and the station name, surmounted by a Crown, and with the motto in a scroll underneath.