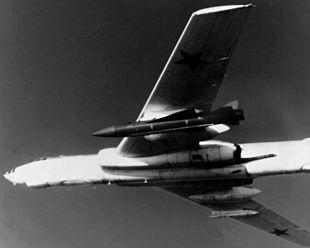 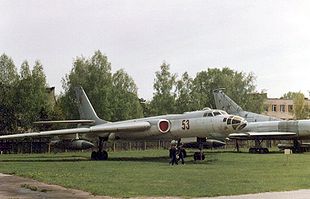 Tu-16K with a missile under each wing

The Raduga KSR-5 (NATO reporting name AS-6 Kingfish) was a long-range, air-launched cruise missile and anti ship missile developed by the Soviet Union. It was essentially a scaled down version of the Raduga Kh-22 'Kitchen', built to be carried by the less capable Tu-16.

The Raduga KSR-5 was developed in variants to be deployed as a land attack missile and an anti-ship missile. The missile was designed to be fitted with either a conventional or nuclear warhead.