Karl Georg Eberhard Schöngarth (22 April 1903 – 16 May 1946) was a German Nazi, appointed SS-Brigadeführer und Generalmajor der Polizei (Brigadier General) on Himmler’s orders in 1943. He was a war criminal who perpetrated mass murder and genocide in occupied Poland during the Holocaust.[1]

Schöngarth was born in Leipzig, Saxony. In 1933 he became a member of the SD Intelligence Service of the SS. During the German attack on Poland he was promoted to SS-Obersturmbannfuhrer and served as Senior Inspector of SiPo Security Police in Dresden. In January 1941 he was sent to Kraków, Poland, as the Senior Commander of SiPo and the SS intelligence. During the time Schöngarth was stationed in Kraków, he formed several Einsatzgruppen (Special Action Groups) in Warsaw, Radom, and Lublin, with the intention of perpetrating massacres. He was responsible for the murder of up to 10,000 Jewish citizens between July and September 1941 and the massacre of Lviv professors behind the frontline of Operation Barbarossa. Schöngarth attended the Wannsee Conference on 20 January 1942, along with Dr. Rudolf Lange (Einsatzgruppen A), who had also participated in the Holocaust. From early July 1944 until the end of war he worked as Commander of the Gestapo in the Netherlands.[2]

Schöngarth was captured by the allies at the end of the war. After an investigation into his background, he was charged with the crime of murdering a downed Allied pilot (on 21 November 1944) and tried by a British Military Court in Burgsteinfurt. He was found guilty of this war crime on 11 February 1946 and sentenced to death by hanging. Schöngarth was executed by Albert Pierrepoint on 16 May 1946 at Hameln Prison. 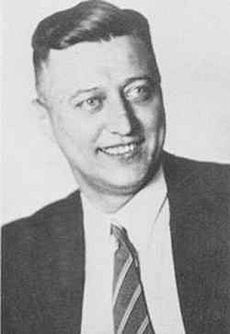